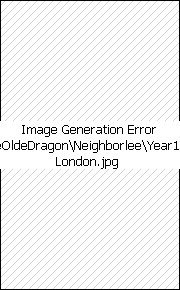 Athena Longfellow and Doni Halliday are granddaughters of one of Neighborlee’s guardians, Ford Longfellow. When danger threatens Neighborlee, the girls awaken to their duties and their gifts, and slowly grow into their heritage.

Athena, the computer whiz, finds and experiments with an unusual video camera at Divine’s Emporium. She records Doni, and then records a room at the shop -- and inadvertently opens a door to another dimension. Properly frightened, she shuts down the program behind firewalls. Enemy invasion thwarted. For now.

She doesn't realize she also created a virtual copy of Doni, until an advanced computer class in college, when the artificial intelligence that calls herself London Holiday "moves into" her team's class project.

Athena suddenly has a good idea how Dr. Frankenstein felt. The question is: If she has to pull the plug on London Holiday … how?

Jane Wilson disappeared when she was a child. When she learned to make herself invisible, her teachers made her disappear from Neighborlee Children's Home. And just in time, too -- before some nasty

folks known only as the Rivals tried to take her away, to turn her into a weapon.

Years later, she used her semi-pseudo-superhero powers to become the Ghost, defender of the little town of Fendersburg. The plan was to attract the attention of the Rivals, and lure them into a trap. Unfortunately, the people of Fendersburg got lazy, and soon grew so dependent on the Ghost to fix all their problems, they stopped thinking for themselves.

So Jane quit being the Ghost. In the wake of the odd events during the holidays in Neighborlee, she returned to her roots. Her mission:

Find out what happened to all the Lost Kids who lived in Neighborlee Children's Home.

Find out what the Rivals are looking for in Neighborlee.