Welcome to the website for Michelle Levigne, author and editor.

Here you can explore and learn about the various worlds of my imagination:
science fiction, fantasy, romance, steampunk, YA, inspirational, women's fiction.

Yeah, I have a lot of books and a lot of universes and storylines for you to explore!

Check out the fun, quirky fantasy set in the weird little town of Neighborlee, Ohio!
From Ye Olde Dragon Books

AFV Defender # 2
Here There Were Dragons 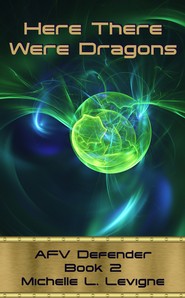 Dracs: the gift that keeps giving. And making life very interesting for the crew of the AFV Defender.

A spatial anomaly near the drac homeworld, a forbidden island, and signs of a civilization that self-destructed are just the tip of the iceberg. When spoiled brat Ambassador Vitiarre's plot to get his hands on dracs is foiled, he sets out to make trouble for the Defender, and especially Chief of Talents M'kar. His long-standing feud with her father, Ashrock, just makes everything worse.

Then a new Chute opens up near the drac homeworld, leading to a planet with dragons in its legends. Despite no dragons present on the planet now, Vitiarre breaks regulations to invade and claim his own dragon. His schemes lead to the Defender being sent to mend the trouble he made with the matriarchal society of Castitarus.

The misfit luck of the Defender is hard at work. Male crew are kidnapped. The dracs develop allergies. Female officers are offered diplomatic gifts of men. And the crew race to find a cure for a disease that turns grown men into children -- starting with Security Chief Decker, and Ashrock.

A typical mission for the crew of the AFV Defender.


Have you checked out the short stories set in the AFV Defender universe? 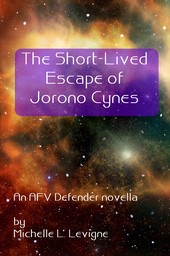 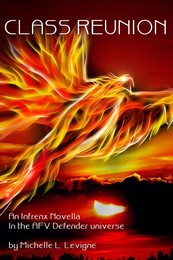 Night of the Living Proof

The shadows from Lanie's past continue to haunt her and her friends as Neighborlee moves from Christmas to New Year's Eve. Something or someone is tampering with the magical defenses of the town. Things and people disappear and reappear, with no explanation, and gaps in memories and time. An age-old nemesis is gathering its strength for another attempt to shatter the door that Divine's Emporium holds shut.

Sylvia Grandstone returns, and she's got her sights set on Daniel, Lanie's new boss. It's the same old Grandstone scheme to gain power and wealth by any means possible, including marriage. It would be easy to blame Sylvia for the new problems and mysteries, applying the Jessica Fletcher theory of crime-solving: the most famous guest artist is the murderer. However, Sylvia's years in Hollywood never got her anywhere near star status, and no one would ever believe she could be a criminal mastermind. Or so the guardians would like to believe.

As New Year's Eve approaches at Eden, the Neighborlee community center, the disappearances and time gaps increase. Instead of trying to convince town officials to cancel the New Year's Eve party, the guardians prepare for a showdown, and brace themselves to do what they have always done: defend the people of Neighborlee from the outside world, and defend the outside world from the magic and wonder and general weirdness that is Neighborlee, Ohio. 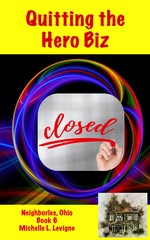 Jane Wilson disappeared when she was a child. When she learned to make herself invisible, her teachers made her disappear from Neighborlee Children's Home. And just in time, too -- before some nasty folks known only as the Rivals tried to take her away, to turn her into a weapon.

Years later, she used her semi-pseudo-superhero powers to become the Ghost, defender of the little town of Fendersburg. The plan was to attract the attention of the Rivals, and lure them into a trap. Unfortunately, the people of Fendersburg got lazy, and soon grew so dependent on the Ghost to fix all their problems, they stopped thinking for themselves. 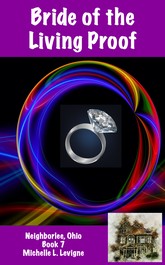 Bride of the Living Proof
Coming May 1

In between helping friends plan their weddings, Lanie deals with a dog that has moved in with her, and an unwanted match from a dating service that might be planted by enemies of the guardians. Plus there's this little problem that Daniel, her new boss, might be an enemy spy …

If you're looking for EDITING services, contact me to ask about rates and turnaround time.
If you just want editing advice, have you considered my book of writing advice -- which a serving of snark on the side?
DO YOURSELF A FAVOR: Tips and Quips on the Writing Life, published by Mt. Zion Ridge Press. In paper and ebook.

My blog is at: www.MichelleLevigne.blogspot.com

You can find me on Facebook -- I have a personal page and an author page.

Or you can look for my book trailers on YouTube.

Welcome. I hope you have fun looking around, and you'll visit again, because whenever there's a new book or development, I'll be updating this page.